Have you ever considered running and wondered what you stand to gain? Or perhaps you’re a runner, and you’re wondering how it impacts you, or maybe you’re just curious, then read on. Running as an aerobic exercise helps build strength and burn calories. The major impact running is on your cardiovascular health, but more than that, running affects your overall wellbeing, and some studies support this. Various studies suggest that humans are built to be endurance runners.

Perhaps, you’ve wondered if you’re running or jogging, you’re not alone. Several people mistake running for jogging and vice versa. While they’re similar, a couple of things that separate running from jogging. The significant difference is that running is more intense than jogging; you move faster and flex your muscles harder. Running has a higher impact than jogging because, as you run, you slam your feet into the ground harder than when you jog. It is critical that you find comfortable and reliable running shoes.

What are the benefits of running?

Running has a myriad of health benefits according to experts, not just that alone, even psychologically, we are greatly affected by running. It’s been proven that heart diseases, obesity, stroke, etc. can be prevented by running. All the benefits of running are gotten by just putting in a few hours of running every week. According to scientific research, all you need is only 150 minutes every week, which is 2.5 hours, and your health and psychological wellbeing would see improvements. Now, listed below are a couple of the benefits you’ll get from running. 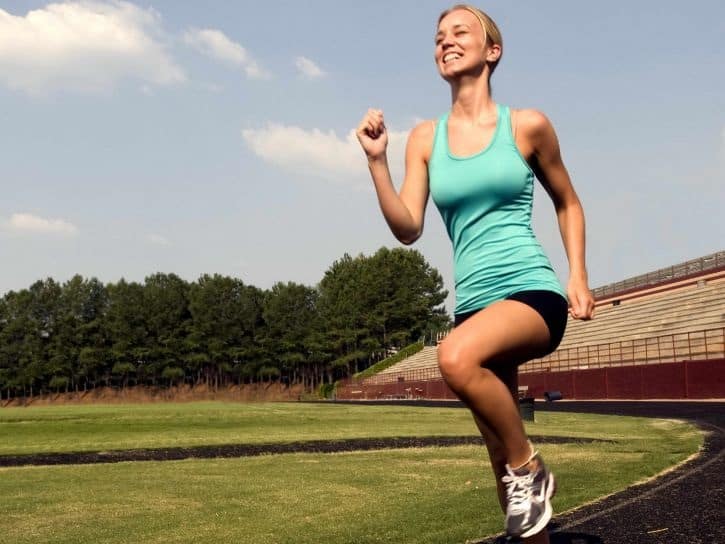 Studies show that runners live longer on average than non-runners, with about 25% – 30% lower mortality rates due to some factors like better cardiovascular health and lower cholesterol levels. Smokers and cancer survivors have been shown to extend their lives by just running. Runners go on to live long, productive, and active lives. If you are in the market for premium running shoes which will last multiple years, then Asics Running Shoes are absolutely awesome!

Good for your heart:

Strengthens your joints and bones:

Quite many people hold the belief that running will have adverse effects on the joints, but it’s quite the contrary. Studies have shown that running increases your bone mass and prevents bone loss as you age. Also, runners have a lesser chance of developing osteoarthritis than nonrunners, and this is because as you run, your bones, joints are stressed, which in turn causes them to adapt, the same way weight lifting would make your muscles stronger. This important to avoid any feet pain and long-term chronic problems, such as Plantar fasciitis or achilles tendonitis.

Who would have thought running keeps your mind sharp? Well, it does. However, it’s not shocking. When you run, blood flows more due to an increase in the rate at which your heart pumps blood, which in turn, supplies more oxygen-rich blood to the brain. When you run, brain neurotrophic factor is released, which is key to the growth of brain neurons. Studies have also shown that running prevents cognitive decline.

How does running impact my psychological wellbeing?

Studies have reported that running can significantly improve the mood of a depressed person. If you’re feeling blue, half an hour on that treadmill is guaranteed to lift your spirits. You may have heard of the runners high; this happens because your body releases endocannabinoids and endorphins when you run—as with exercising, running helps you cope with anxiety and depression.

Many runners find running as a way to clear their minds, and they report that after running a couple of miles, they usually feel refreshed and better.

As you begin your journey as a runner, you need to get your running gear, including the perfect running shoes, to ensure your comfort because running isn’t a walk in the park. When you start pounding the pavement, you’ll need something that’ll protect your feet and provide ease.

Your old sneakers won’t do. You need a snug fit, comfortable running shoes that can absorb shock. The clothes you would wear should be loose and made from cotton for comfort.

As a beginner to running, you start small. It’s good to challenge yourself, but Rome wasn’t built in a day, give your body a couple of weeks to get acclimatized to running before you begin to go for longer distances.

Ensure your doctor is aware of any lifestyle changes and the fact that you’re about to take up running; this is especially important if you have some chronic illness like diabetes or you’re overweight. To prevent complications, because your doctor would be able to advise you accordingly.

Make sure you drink enough water to ensure you’re adequately hydrated before going for a run because you would lose a copious amount of fluids through sweat and take a bottle of water along just in case you get dehydrated. If you are running in the mountains or hiking aggresively, then simple running shoes won’t be enough, you need to find the shoes which are specifically designed for hiking.

Before you begin running, have a route planned out, stick to flat and grassy areas. You can join a group of runners or have a running partner who would challenge and keep you motivated. Your chosen route ideally should be devoid of traffic to prevent accidents and also because of the low levels of air pollution.

You get all the benefits of running by putting in as little as five to 10 minutes of running every day, no need to go on long runs, although you can if you want to. However, keep in mind that the high impact nature of running can lead to stress fractures if overdone. If you are looking to run in the water or move fast in a lake stream, then wading boots will suit you much better than running shoes.

One of the things that make running so great is the relative ease and low cost of starting. You don’t need to invest in gym membership or equipment. If you want to keep in shape, then this is a great opportunity, and you shouldn’t sleep on it. Just tie up the laces of your running shoes and hit that track. Remember to stay hydrated and keep a water bottle on you as you run, and don’t overdo it, take things slowly.