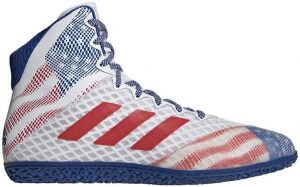 Wrestling shoes come in several styles and types, designed for everyone since its production, and from beginners to expert wrestlers. Having a top-notch pair of running shoes enable wrestlers to meet their full physical potential and enhance their sporting performance. The origin of wrestling shoes resonates with the advent of professional wrestling. This article will help you have a better understanding of the history of wrestling shoes.

What is a Wrestling Shoe?

Wrestling is among the oldest sports in the world. It was dated back 15,000 years ago based on the cave drawings which showed wrestlers using the grappling measures utilized in modern period wrestling. The old Greeks used wrestling to train soldiers in non-distant combat wars, and it became an integral aspect of a young man’s road to manhood in the nation.

Wrestling is an ancient British word that originated a little period before 1100 A.D.; thus, no given line might be drawn about its history, just like other karate skills styles. Meanwhile, almost all cultures boast of hand-to-hand fighting combat designed to throw enemies or opponents off balance. A grappling wrestling style that began in China termed Shuai Jiao is about 4,000 years old. Also, Egyptian artworks indicate that people were involved in wrestling before 2000 B.C. The Romans and Greeks were as well very involved in martial art.

Professional wrestling was seen as a legitimate sport from the 1920s when choreographed wrestling became common. From the 1830s, it became a separate entity made in line with modern acting and theatrics.

Initially, wrestling official fighters wore shoes that looked more like a strongman costume than shoes made for sports. Wrestling and Boxing might seem like similar combat and fighting sports and might even take place in rings and on canvas surfaces; however, the fighting movements differ significantly. As a result, footwear or shoes that are specific to the sport needs were developed.

Modern wrestling and boxing shoes look similar along with their front laces, which run foot high upwards and uppers that wrap higher the ankle; however, every sport needs diverse designs from the shoe. Wrestling footwear is more flexible than boxing boots and is usually used lower on legs.

Hitherto, wrestling shoes were designed from leather, and they have soft leather soles. To reduce the chance of slipping, fighters, before each of the bouts, would enter into resin boxes in their side or corner to coat their shoe soles for added footwear traction. Footwork is seen as the wrestling foundation, and wrestlers gain enough of the punching power from their feet’ placement and movement on the floor. Throwing and releasing an exact punch involves much feet planting and turning appropriately, just like an out-swinging arm. A great footwork aids wrestlers in transferring power through their hips and upper torso for strikes.

Wrestlers make use of a standing stance with short, accurate, and quick movements backward and forward with side to side movements. They often don’t push off from their feet’ ball and want smoother or softer sole patterns along with lower grooves for traction. Wrestling shoes are required to be light for them to go around fastly with a full-motion range, but tough to avoid injuries from opponents that accidentally stand on their foot.

Present-day wrestling shoes are mostly designed from a mix between suede, leather, and synthetic polymers materials and mesh fabrics to make sweats evaporate fast. Leather offers support and comfort, while the artificial fibers are breathable and lightweight. Shoe’s doles are textured for the included traction on the boots. The more the shoes make contact with the canvas, the higher the force transferred via the legs and the punch. There is a linear relationship between the punching power in the division and the fighter’s foot size.

Wrestling shoes possess no arch support, have stiffer soles with a fewer tread that allows the feet to glide smoothly on the canvas or floor. High top shoes are mostly preferred in competitions, while Low top shoes can be used during workouts and training. The boxing shuffling motion also necessities fighters to wear socks.

As hinted, wrestling shoes were traditionally designed from leather. However, modern shoes from the 1970s were produced from lightweight synthetic materials. The heat diversity of fast and sharp movements in competition ascertains that wrestlers need well-crafted shoes to withstand the rigorous stress, with support and comfort essentiality. Wrestling shoes contain ankle straps, often Velcro, that prevent you from tipping and getting a lot of frontal damage. The belt is an essential shoe part and guides the foot, disallowing slippages.

Wrestling shoes practically have rubber soles with more exacting patterns underfoot that wrap up to the foot sides to offer mat grip when the feet take diverse stands or positions; this makes wrestlers push off in any way.

The advent of professional wrestling was a catalyst that made it common to wear wrestling shoes, especially from the 1970s.

Like wrestling shoes, other sports shoes have a history. Read about the history of tennis shoes‘ here.