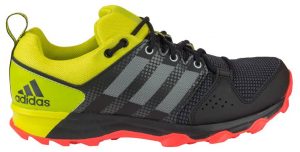 In sports, shoes are of great importance, not just for the looks but also in carrying out the sport itself. However, tennis shoes have a little bit of history with sneakers, making most persons ask, “Are they both the same?”

Tennis is one of those sports that serve as a hobby for many persons, not to mention the numerous benefits that come with playing the game, some of which include stress reduction, improvement of muscle tone, builds strength and flexibility, and of course making new friends.

Tennis is played between two individuals (singles) or two teams of two players (doubles) on a rectangular, flat surface of 23.77m long and 8.2m wide. The game is played on a variety of coverings, and this determines the type of shoes that will be used in playing. Here’s a little history of tennis shoes. Let’s dive in!

Do you know that Tennis shoes were just another term for sneakers in Australian and North-American English?

At that time, sneakers were shoes designed for sports activities and exercise. They were called different names in diverse regions, some of which include plimsolls, trainers in British English, athletic shoes, gym shoes, sports shoes, flats, running shoes in Canadian and Scottish English, and of course tennis shoes.

Tennis shoes were designed and produced in the 18th century for the British navy to prevent them from falling on slippery decks. They were first referred to as plimsolls.

These shoes were called sneakers because children observed they produced no sound when walking; hence they were excellent for sneaking around without being noticed. Another characteristic was that they had no left or right shoe. However, what we have as tennis shoes today is quite far from the original design. Today we have sneakers for fashion, runners (running shoes) for runners, tennis shoes for tennis players, and other sports shoes to accommodate different sports needs.

During the 1960s, many designers started attempting ways to improve the standard of athletic shoes. Bill, the coach at the University of Oregon, decided to produce tennis shoes that are lightweight with nylon instead of canvas to offer traction to the player with an inner sole that was soft enough for the player’s comfort. He ended up creating a company that is known today as Nike, named after the Greek goddess of victory. After a while, other companies like Puma and Adidas started developing their tennis shoes to accommodate the players’ needs.

In 1980, the Nike Company released the New Nike Air Trainer 1, a model with an elevated heel that supported both lateral movements.

Even today, materials used in producing tennis shoes and the designs have changed. We now have more buttress, steady, and comfortable shoes, giving them a different feel from what it used to be back in the days.

It is right to say that the manufacture of plimsolls/sneakers/tennis shoes has birthed many other athletic shoes.

Why were Sneakers Called Tennis Shoes?

Although the first shoes were produced for the British Navy, they were mostly used by individuals to play tennis. The sport then required comfortable footwear that didn’t damage the court, and that’s what the plimsolls shoes offered.

Tennis shoes are categorized based on specific features; the category of shoes to select depends on the player’s need and other factors that will be discussed later in this article.

The following are categories of tennis shoes:

These tennis shoes are designed to accommodate the speed of the player. This category is for players who seek to carry out movements much faster.

Examples of lightweight tennis shoes include:

Stability is quite essential in the design of a tennis shoe. Tennis shoes that are wonderful for stamina have some extra weight strategically added to them to make them stable and give balance to the player.

See the top 10 running shoes available in the market

Those who play on tennis court surfaces that are hard tend to have complaints about tennis shoes’ durability, the toe of the shoes and outsoles making contact with the tennis court’s abrasive surface usually cause damage to tennis shoes.

Examples of tennis shoes with terrific durability include:

How to choose a Tennis Shoe

Choosing the right tennis shoe is dependent on you as a player. You might want to ask questions like, what type of surface do I play, what feet type do I have?

There are four different types of surfaces for a tennis court: grass, clay, hard, and artificial grass court surfaces.

Tennis shoes for the hard courts are designed to be more durable with strong, resilient outsoles. Materials used in creating this type of tennis shoes are quite strong.

There are three types of foot types: the over-pronator, neutral, and under-pronator.

The over-pronator has a complete foot imprint. Such a person will need tennis shoes that accommodate stability. Athletes with the neutral foot type can make use of any tennis shoe.

Individuals with the under-pronator foot type have a supinated foot imprint that leaves a large space. That’s why they need tennis shoes that are flexible for lateral movements.

Read about how to fix smelly sneakers here.

It is quite interesting that shoes produced for the British Navy have become important in the world of tennis sport, thanks to those creative folks that decided to use them for sport and also shoe companies that created better designs.