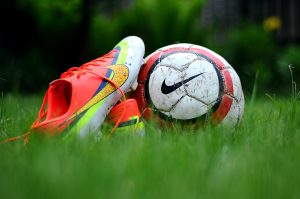 Sports represent a significant part of most people’s lives. If you are don’t actively play sporting games, then you are probably a fan of one sports team or another. Even if you claim not to be interested in any sports, you will still feel a sense of pride when your national team brings home a trophy. Sports are good, and we would not be able to play them without particular wears and equipment manufactured by companies like Under Armour and Nike. These sportswear giants produce multiple sports shoes and wear that service, both professional players and fans alike. They have also produced countless fashion sneakers that make you look good when you go to a party. If you are thinking of buying new shoes, then we will tell you that either Nike or Under Armour will serve you perfectly. It all depends on your tastes and preferences. However, if you want to know the differences between them before you decide on which one to purchase, then you have come to the right source for information. This article has been put together to show you the key differences between Under Armour and Nike. Enjoy!

Differences between Under Armour and Nike

When it comes to the history of these two sportswear manufacturing giants, Nike has been around for a significantly longer time. Nike started in 1964 under the name Blue Ribbon Sports, and it changed its name to Nike in 1971. For decades, it has been consistently supplying sportswear, sports equipment and shoes to millions of people. The business has a global reach and a market capitalization of over 138 billion dollars. It is currently at the peak of its production, and it only got there by consistently releasing high-quality products.

Under Armour is a relatively newer brand created in 1996. It did not release its first set of footwear until 2005. Even though this brand is new, it has made its mark known in the sportswear manufacturing industry. The company is said to have excellent growth potential, and investors keep placing their trust in it daily. Under Armour majorly targets college and high school teams for sponsorship, and this is aimed at creating a lasting impression in the minds of the coming generation.

Nike has far greater recognition than Under Armour in the market. The popular ‘Just do it’ Nike slogan along with its unique swoosh logo design, has set it apart from other players in the industry. The brand has also been around for a long time, and they have gained approval from customers over the decade. It also helps that favourite stars across multiple sports endorse them. Some of these stars include Soccer’s Cristiano Ronaldo, Basketball’s Michel Jordan and Tennis’s Serena Williams. With over 73,000 employees, you can be sure they are trying to provide for an enormous number of people.

Under Armour does not have much recognition globally, but it has consistently penetrated the market over the years. In 2016, its revenue surged over 20%, and that indicates that more people are starting to accept the brand. The brand also has sponsorship deals with fan favourites Steph Curry and Dwayne “the rock” Johnson. Most college and high school kids have also begun to identify strongly with Under Armour.

Under Armour utilizes far more technology and innovation in the production of its shoes. One of the innovations that have made Under Armour a favourite is the popular compression technology. Shoes with this technology are not designed with any in-sole, and that allows for an utterly lightweight shoe. The ‘speed form’ shoe also manufactured by Under Armour features a heel cup that provides additional support for the ankle of the wearer. Under Armour also produces shoes like HOVR sonic and HOVR phantom. These shoes are smart, and they are designed with a gyroscope, accelerometer and Bluetooth. They also allow you to map out your runs and receive technical information about your running style.

Nike doesn’t employ a lot of technology when it is manufacturing its shoes. However, it has made some strides in innovation, and that can’t be overlooked. Nike gave us shoes like Nike Free designed to support the bare feet and flywire designed to redistribute the weight of the wearer.

Sizing can be a very tricky business when it comes to footwear, and much of it has to do with what you pick out. However, if you have your size of a Nike shoe and an Under Armour shoe, the Under Armour shoe would generally fit better. Nike shoes have a reputation for being a little loose on the side, but Under Armour, shoes are designed to fit your leg perfectly. The smallest size for a Man’s shoe is 7, and this applies to both Nike and Under Armour. The largest size for most shoe models is 16 for Under Armour and 18 for Nike.

Nike would not have gotten where they are today if they didn’t produce good quality shoes. They have produced shoes and sportswear for top teams and various athletes across the globe. Under Armour, shoes are also high-quality products. The shoes produced by this company are backed by its famous UGOP (universal guarantee of performance).

Nike utilizes the stable ethylene-vinyl acetate foam for its insole, and it claims to produce its shoes using 75% recycled materials. Under Armour, on the other hand, utilizes a speedform that is designed to collapse into the wearer’s shoe foot shape and offer more support on the ankle.

Popular brands like Nike, Under Armour, Puma, Adidas, Reebok, New Balance and others are popular because they have done the work necessary to buy them. If you decide to get any shoes, you should pick a product you like based on your budget and get one. We guess that it will be of high-quality and it will stay durable. If you are still hoping to establish which brand is better between Under Armour and Nike, that will be a little difficult because they are both excellent brands and they have thousands of customers with positive reviews for them. You have to choose for yourself. Cheers.