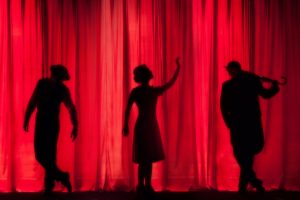 Tap dancing is a form of dancing that requires dancers to wear shoes that feature a metal tap on the heel and the toe to be in contact with the hard floor. As the dancers dance or keep stepping on the floors, it creates sounds that have a percussion-like characteristic. The pioneer of tap dancing, an African-American dancer with the name of William Henry Lane, established the dance in the 1840s. Lane was also known as Master Juba.

Tap dancing was named ‘tap’ dancing’ in the early 1900s. Listed below is an overview of Master Juba, the one who invented tap dancing.

The History Of Tap Dancing

Tap dancing is a type of dancing that brings out a captivating sound. Specific shoes can deliver the percussion-like sound that has metal slabs on the heels and the toes, which are, of course, tap dancing shoes. This form of dancing brings out a lot of satisfaction in the dancers as well as the audience who are watching them dance as they tap their shoes.

The late African-American dancer William Henry Lane who was also known as Master Juba, established tap dancing. Master Juba was born in 1825 and passed away in 1852. He invented tap dancing in 1845, during the early slave trade in America.

The establishment of this form of dancing was not a form of entertainment, as this was a very stressful time for African-Americans. They had been communicating with one another through percussion to send off codes to one another. They were not allowed to use drums; they had to think outside of the box as far as how to communicate with each other. That is what Master Juba did.

Master Juba thought outside of the box and invented tap dancing not just to be a form of communication but to be a form of expression. Since African-Americans did what they could to hang onto the rhythms they would have used with drums; they used it instead through tap dancing in the mid-19th century.

They had used their footwork to combine it with British and Irish clogging steps. They had created a style which was known as Buck and Wing at the time before it was known as tap dancing many decades later. The rhythmic patterns through scooping, chugging, and brushing were caused by their feet shuffling.

This form of dance became famous throughout America in the north and the south. Buck and Wing dancers were known as Levee Dancers. However, this form of dance caught onto Caucasian-Americans, and they mimicked these dance moves, which evolved into the Shuffle Dance Style. Those who performed the Shuffle Dance Style became quite famous within the minstrel shows pretty fast.

What Styles Of Tap Dancing Exist?

Little did Master Jumba know, the one who invented tap dancing, that his dance would have evolved to different types. Over the years, tap dancing branched out to different styles, the same way that music has over centuries. Different cultures around the globe took on their versions of tap, and that is how that dance turned into various forms.

One of the most common styles of tap dancing is the Broadway Tap. The dance consists of dancing to jazz music as performers dance to it as the audience watching the dancers find the style appealing. Broadway Tap is similar to Jazz tap as this is the type of performance where jazz music and tap with vibrant dancing creates a significant appeal to the audience watching. Another typical style of tap dancing is freestyle tap. This may cause your shoe soles to split, but you can easily use glue to quickly repair them and get back out there!

Freestyle tap is self-explanatory as dancers tap to the beats of the sounds of percussion they use, such as drums. They do this as a way to express themselves through the way they dance. This form of dancing has no guidelines as dancers can be creative and innovative as they choose to be. However, the style of tap, which has some similarities but more rules, is rhythm tap.

Another branch of rhythm tap is hoofing as the sounds of the dancer’s stomps are the emphasis. Hoofing is a dance that’s performed by using typical tap dancing shoes with metal pieces on the heel and the toe. However, that style of tap dancing shoes isn’t worn used for several other forms of tap dancing. One of those styles is Soft Shoe dancing.

Soft Shoe dancing is a type of tap dance that’s performed with dancers wearing shoes without metal bands. Therefore, the percussion-like sound is not very distinctive with this style of tap. However, what dancers occasionally do is throw sand on the stage, which does create some sounds as they walk and dance. They also move in a graceful way that captivates the audience. And finally, the other tap dance style that does not involve the typical tap dance shoes is the first dance style, Buck and Wing.

The Buck and Wing style involved the dancers being extraordinarily bubbly and upbeat as they dance and run. They wear shoes that have wooden soles, and this was the original type of shoes worn. That is because there were no shoes with metal bands at the time during the establishment.

Master Juba, the dancer who invented tap dancing, created a great thing for entertainers to do, which was tap dancing. Tap dancing evolved quite a bit over the 20th century. Dancers need special shoes to dance correctly. Most styles of tap dancing involve shoes that have metal bands on the heel and toes of the shoes.

Related: use shoe protector sprays and solutions to add a layer of protection to your tap dancing shoes!

However, that isn’t the right type of shoe for some styles of tap dancing such as Soft Shoe and Buck and Wing. Regardless of the kind of tap dancing, the performer does, they enjoy it as they dance. And they want their audience to enjoy it just as much as they do.